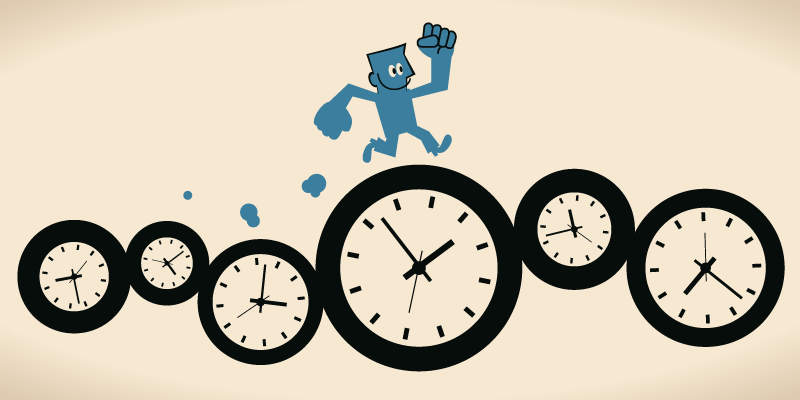 We live in a world where advertising is so prevalent in the landscape it practically blurs into the background. The near-constant sensory assault of advertising jades us into tuning out its messages, while businesses are forever trying to find new ways to get in our heads. It’s that constant tension between marketer and audience that drives innovation in advertising. Every new advance in product promotion—from print ads to radio ads to TV spots to browser pop-ups—are the result of someone trying to figure out a way to get people to pay attention using the newest media available. Technology drives these changes: broadcast radio took off at a time that newspaper ads and billboards were no longer novelties; television did the same to radio; streaming video replaced television. And that’s just the media used to transmit. The real beauty of marketing’s evolution happens behind the scenes, when marketers figure out how to adapt to the changing landscape. Speaking of real beauty, there’s no better way to understand this evolution than by examining the marketing behind Dove brand’s beauty products—and its decades long march towards its latest marketing campaign. 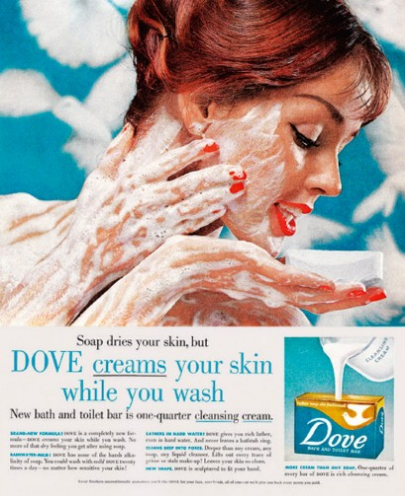 When Dove released its first product, the Beauty Bar, in 1957, it mostly followed the advertising formula arrived at least a century before: sell the benefits of the product. At the time ads relied mostly on words to get the point across. In this case, the text of their print ads—and the narration on their TV spots—focused on what made this product better than others: the Beauty Bar “creams your skin while you wash,” on account of its containing 25% “cleansing cream.” The ads specifically relied on a pseudo-scientific approach to prove this point, daring potential customers to wash half their faces with Dove and the other half with another brand to compare the difference in their skin. Most notable about the inaugural Dove campaign is its use of one word in particular—”soap.” None of the ads around the launch of the product ever refers to the product as soap; that’s what the competition sells. At the time, the Beauty Bar was called a “Bath and Toilet Bar,” an inelegant title for sure, but one that differentiates it for the consumer and elevates it above the competition. Dove stuck with this strategy through the 60’s with great success, positioning the Beauty Bar as a premium product in a class by itself, with sales growing steadily through the decade.

Dove faltered in the 1970’s, though. Marketing was becoming increasingly reactive to culture and reliant on technology. Consumers were polled. Data was compiled. Attitudes were reflected. In 1971, Coca-Cola dropped all pretence around the idea their soda benefitted the consumer in any way, and decided they just wanted to teach the world to sing in perfect harmony. At Dove, someone must have missed the meeting about feminism, because their advertising switched gears and started going in reverse. While women were making advances outside the home, and finally being regarded as a legitimate sales demographic, Dove was printing ads in magazines telling them that their dry skin was making them look old and unattractive. The only thing about these ads that hinted at modernity was the accompanying soft focus photo of a nude woman that would have been censored 10 years prior. As a result, they began losing ground to companies like Dial, whose advertising featured women feeling confident and smelling great. Beauty and other such shallow endeavors took a backseat to just being clean as society slowly started to realise that women didn’t exist solely to look pretty and do the dishes. Of course, that didn’t stop Dial from using attractive and naked models, either. Baby steps. 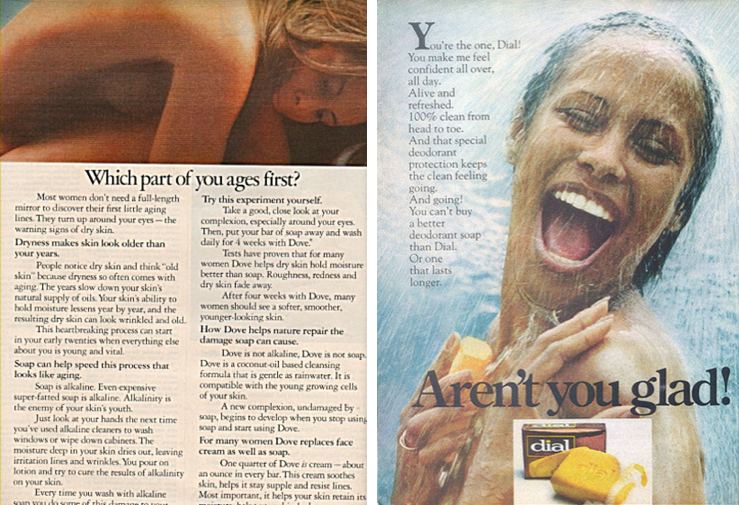 By the 1980s, Dove’s advertising hinged on a study performed by a dermatologist named Albert Kligman, who concluded that the Beauty Bar irritated and/or dried out skin significantly less than competing brands. Dove’s advertising campaigns of the time highlighted this study, but they also focused much of their marketing directly on dermatologists and pediatricians. With scientific evidence in hand, the brand mobilised a kind of medical sales force—doctors recommending Dove to their patients. By 1986, Dove was the best selling brand of soap on the market. As of 2001, when this New York Times article was written, they were spending between $8 – 10 million dollars a year on direct marketing to doctors, and 25% of people who use Dove said they did so because their doctor recommended it.

In 1991, Dove’s patent on the synthetic cleanser used in the Beauty Bar expired. It was fair game for anyone at that point. The company spent much of this decade formulating new products to compete with their biggest competitor, Olay, and doing little to shake up their marketing plan. But someone must have been paying attention to the way some e-mails at the time—mostly hoaxes and nonsense—were going viral. Surely that had some application for a marketing campaign.

I’m not sure where in the world you are as you read this, but I’m fairly certain you’ve heard of Dove’s Campaign for Real Beauty. It bucked traditional norms of beauty by including models of all body types, skin tones, and ages, and promoted a body-positive message instead of its own products. They began in traditional channels—billboards, print ads, and tv spots. Once they moved it to YouTube, though, the whole thing took off. The produced a promotional video—a three minute spot called Dove Real Beauty Sketches that doesn’t mention a single product—in 25 different languages and uploaded them to all 33 of the brand’s YouTube channels. In the first month alone the video received 3.8 million shares—resulting in 114 million likes*—and reached viewers in 110 different countries. If we weren’t so used to things like this by now, we’d find them astonishing. The Campaign for Real Beauty was a game changer.

Finally, we arrive at the present day. We’re 12 years into Dove’s Campaign for Real Beauty, which has been rebranded as the “Self Esteem Project.” Over the last few years, Dove has released several apps that celebrate beauty of all shapes, sizes, and colors. None of these apps make it possible to buy a Dove bar; they’re part of an ad campaign that, like Sketches of Real Beauty—puts product to the background. The apps can be silly diversions—the Body Language Messenger sends messages using the Dove Real Beauty models to form letters. Another app is a series of to-do lists for mind and body wellness. While this whole campaign hasn’t been without controversy—redefining beauty still places an importance on it that men don’t have to deal with—it’s also been remarkably successful. Annual sales rose from $2.5 billion at the start of the campaign to $4 billion by 2014—a 60% increase. That’s a lot of soap, people.

To learn more about modern marketing techniques, and how they can help to grow your business, take a look at our essential list of 31 digital marketing tactics for small businesses.

0 thoughts on “Timeline of Business Marketing”