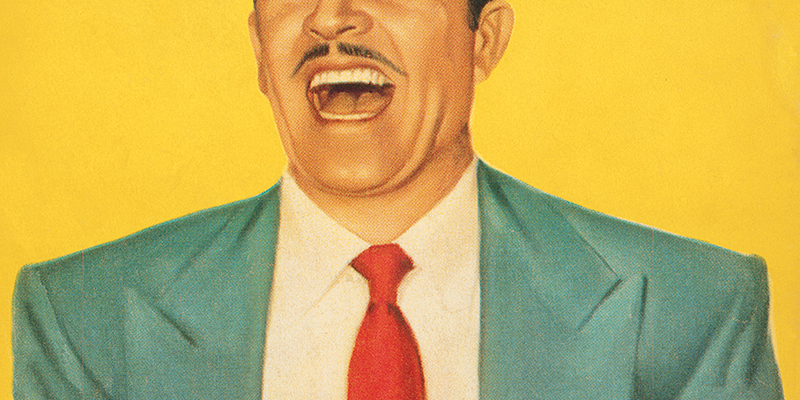 How many times have you heard someone say “There’s an app for that,” and then you wanted to cringe because you’ve heard that so many times before? I feel you. It’s getting cliche, agreed. Still, in trying to introduce this particular blog post, I feel I would be remiss if I did not take this chance to remind you that, in fact, there is an app for that. Whatever “that” may be.

The concepts in some of the apps that follow might seem weird at first. For a couple, they’re new twists on familiar utilities. Another is so simple as to seem pointless, while the rest are surprisingly useful. In all cases, though, the developers carved a very unique “that” out of the marketplace, then went ahead and made an app for it.

Carrot is just about the unlikeliest suite of productivity/lifehack apps out there. Available individually or as a bundle, there are 5 different apps for Carrot to help you through your day: To-Do, Alarm, Fit, Hunger, and Weather.

The “Carrot” in the app’s name serves two functions. First, it symbolises the reward system these apps use to encourage you to get things done, like unlocking a game when you check something off your to-do list. But Carrot is also the name of the evil robot character who is your guide through each app. With Fit, she leads you through your daily “7 Minutes in Hell,” a series of strength and cardio exercises with names like “The Celebrity Face Punch.” Use Carrot to track your food intake and she’ll publicly shame you when you overeat, posting to your social feeds on your behalf what a glutton you are.

All of the actual functions the Carrot apps perform can be found elsewhere, and probably for free. But there’s so much personality to the Carrot character—a What is she going to say next? kind of glee to the whole thing—that it actually elevates users’ experiences of the mundane.

Statistically, half the readers here are going to skip ahead to number three when they read that Period Plus is a fully featured menstrual calendar. Before you go, guys, remember that family planning (and family avoidance) is everyone’s responsibility. For the more sensitive or feminine among you that are sticking around, have I got an app for you!

Period Plus not only tracks your cycle and ovulation times, the extra diligent of its users can also track other factors, like cramp intensity, body temperature, migraines, stressors, and many others. It’s really quite extensive, and personal, which makes Period Plus’s hook all the more entertaining.

Only in this app can you rate the quality of your cervical mucus, and then be treated to an animated pink bunny with a very silly voice speaking motivational pearls of wisdom at you. It’s a feature so out of the scope of the app that it should be jarring, but it strikes the right tone of irony and whimsy. Even if the bunny is just spitting banal platitudes at you, you can’t help but laugh. Or so I’m told. 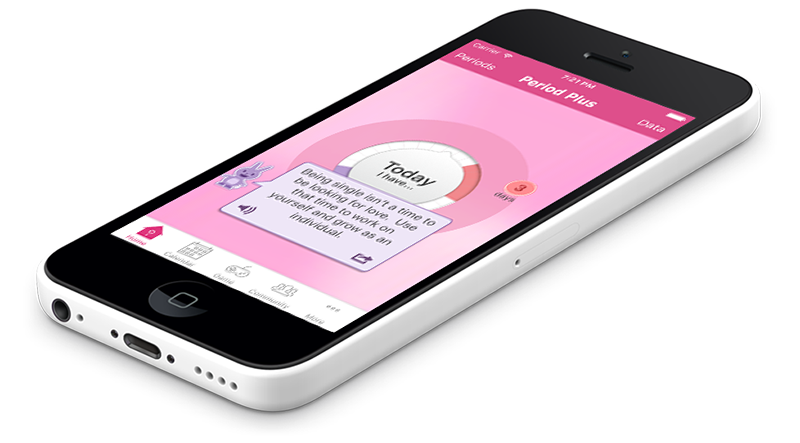 As a game, Hold the Button isn’t exactly useful. And for a game, it’s not terribly challenging. There is only one thing you do in Hold the Button, and that is—say it with me now—hold the button. Hold it and don’t ever let go!

What happens when you let go, you ask? Well, the game ends, at which point the timer stops and you can see how long you’ve held the button. If you’re in the top 25, you get to pause and consider that at least 24 other people were playing this game, too. It’s rewarding to know you’re not alone in a relentless pursuit of the pointless.

And that, perhaps, is the wonder of Hold the Button. People all over the world are holding that button, and they’re holding it for longer periods of time than are advisable. The current record for the last 7 days is 6 days, 23 hours, 59 minutes, 59.05 seconds; even if you rigged up a contraption to make the game think you were holding the button just to get that precise duration, for the meaningless feat of holding the record of the last 7 days, that’s more time spent on “winning” this game than is really necessary. It makes you stop to consider the human spirit, our determination and will, and question whether there are more important things we could do with all that than holding the button.

It’s so simple, it’s genius. And it’s the single most effective productivity app available on the iOS App Store. Install K-Blocker on your iPhone, and then surf the web with Safari, knowing that your experience will be free of all Kardashian-related content. No Kylie, no Kim, no Kendall, no Khloe, or even Kanye. It’s like having your own virtual safe space from the kinds of news and stories that we have no interest in—and yet can’t look away. 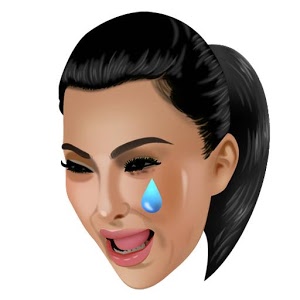 Run Pee is, to put it mildly, a great idea. It’s the kind of one-off use for mobile technology that makes you wonder if this wasn’t the reason the smartphone was invented in the first place.

The idea behind it is simple: you’re at the movie theatre, and you have to go pee. Run Pee will tell you parts of the movie that are slow, or don’t do much to move the plot along, so you don’t miss any of the good parts. You just enter the movie you’re going to watch, and start the timer in the app when it begins. Run Pee takes it from there. You get vibration alerts when you’re nearing a scene that would be a good one for a potty break. The app tells you the first line of the scene so you know when to leave.
The best part? You can read a synopsis of the scene while you’re peeing, so you don’t miss a thing. The app will also let you know when you’re getting close to needing to return to your seat. 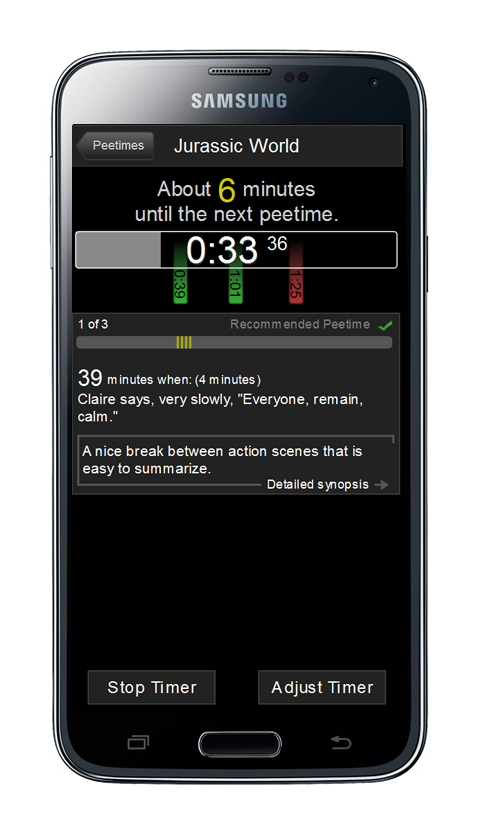 What all these apps show is that all it takes is one single unique idea to become a must-have on users’ devices. Carrot and Period Plus both serve purposes already addressed by other apps, and the design of them is as sleek and functional as their biggest competitors. But by adding one little offbeat element they created something wholly different that sets them apart. Hold the Button is a curiosity, at best, but you should never underestimate the app consumer’s fascination with the pointless. That’s not meant as an insult, either—the appeal of Hold the Button is how innately human the experience is. Meanwhile, K-Blocker and Run Pee offer the kind of service you didn’t know you could have, but very much knew you wanted. There’s nothing slick or flashy behind them apart from the single good idea each app is based on. They all have unique selling points, and each executes them successfully, which sounds like some good advice to anyone who’s trying to create their own app.