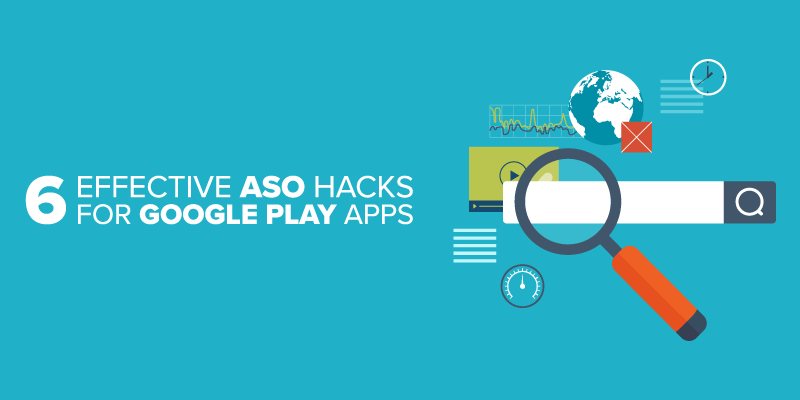 Both marketers and app developers are finally embracing the importance of App Store Optimization (ASO). The internet is producing increasing amounts of ASO-related material, but its complexity can sometimes be overwhelming.

Although ASO normally follows the logic of Search Engine Optimization (SEO) – both the Apple App Store and Google Play Store can each have their own particularities that are worth distinguishing. Even though the Google Play Store surpasses the Apple App Store by over half a million app listings, the former is still hidden by a “veil of mystery” when it comes to its search algorithm and ASO best practises.

Perhaps the perplexity comes out of the fact that there are simply not enough resources with information about Google Play, and perhaps Google is always one step ahead. Even the most experienced ASO experts can get frustrated with Google’s ability to personalize the ranks and app store listings based on accumulated search history. Whichever the reason, this guide strives to demystify the Google Play secrets in a few simple steps!

Discover our 6 effective ASO hacks to improve your Google Play rankings and increase your organic downloads.

The human eye is very sensitive to subtle changes in visuals. Google knows this well, and encourages developers to adopt a proactive approach towards graphics in its Play Store Guidelines. Indeed, the app icon is the first and one of the most prominent visuals your users will see. It is, therefore, no secret that it needs to be attractive and catchy! When designing an app icon, remember: it needs to convey the following two messages:

Usability and user engagement should now be the number one concern of Google Play developers. Recently, in the pursuit of fighting the spammers, Google has performed a major change to its algorithm. More specifically, their focus is directed to “promoting high quality experiences based on engagement, not just installs.” This is Google’s way of making sure that good quality games recieve the space they deserve. Quality and app engagement are Google’s key priorities, and making your users active is of higher importance than ever before.

Google, in contrast with Apple, is a bit more restrictive when it comes to the character allowance for the app title. Allowing only up to 30 characters, Google limits the number of keywords that you can use in the title.

Make sure that you use the tight limit effectively. Pick keywords that are not only strong, and reflect what your app does, but try to make the title unique to your app so it stands out among others!

There are a few tools that can help you there. Amongst them, AppTweak, one of the best ASO tools for keywords research. It provides you with a clear indication of the keywords performance, taking into account numerous criteria including the Search Popularity (coming straight from Apple for English-iOS keywords), the Competition or the KEI (Keywords Efficiency Index).

Last but not least, try to limit your creativity and don’t use special characters. They may not be recognised by Google. Should that be the case, Google will use your app’s ID instead in the app’s webpage URL. That, certainly, wouldn’t be good for your SEO! 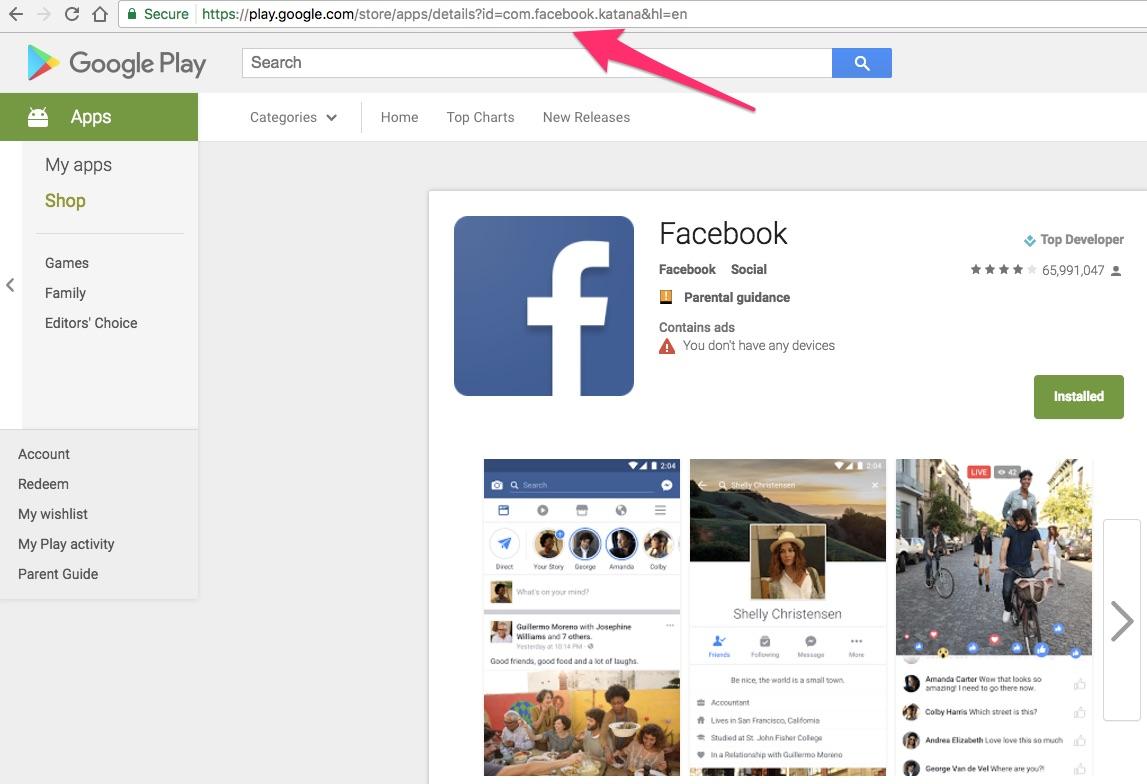 Since Google is a bit more restrictive in terms of the app title’s character count, the short description is the place, where you can concisely (in 80 characters) describe what your app does. Ideally, you should form it out of the strongest keywords, since the Play store algorithm takes them into account with a similar weight as the app title. The goal is to form a marketing statement that will go beyond the pure technicalities of the app. Just like Snapchat does! 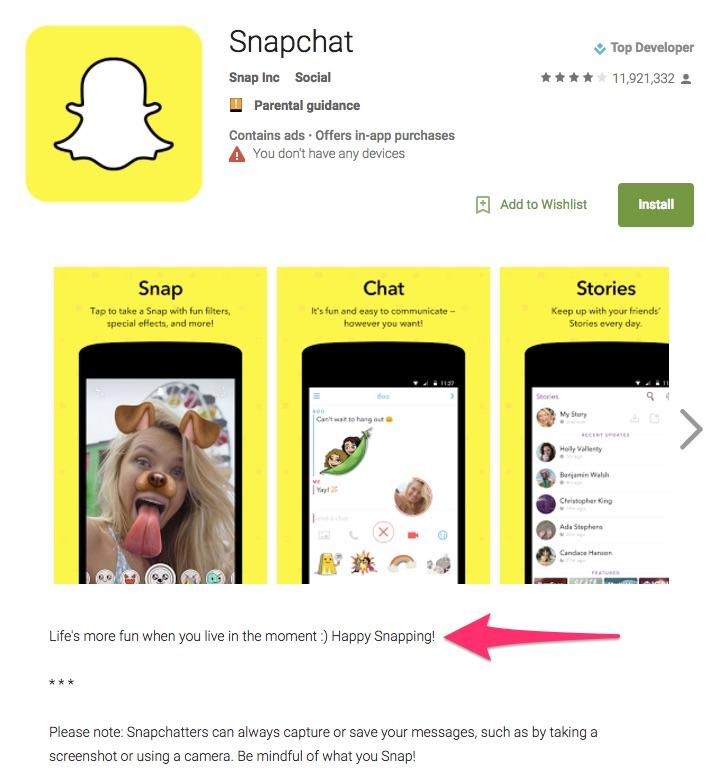 Unlike Apple, Google takes the app description into account for keyword indexing. While Apple’s algorithm doesn’t use keywords from the description to rank apps, Google’s does. The description should therefore incorporate the following 2 main criteria: 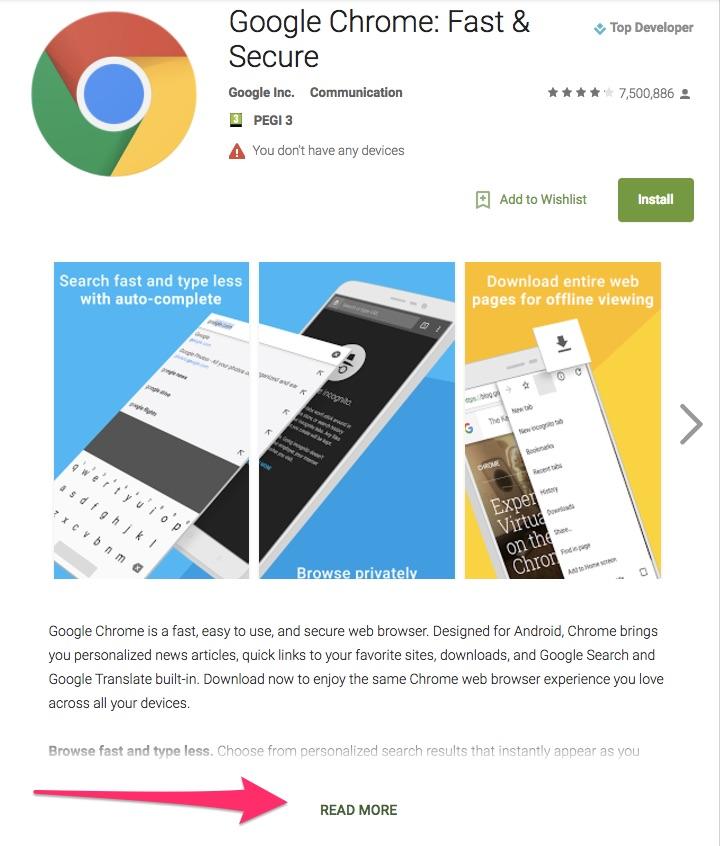 One can never emphasize the importance of the screenshots enough. Second only to the app icon, they are the number two visual tool for persuading users to download your app. As users scroll through the app stores with increasing velocity, they often stop at things that manage to attract their attention visually – and those are the screenshots. Google Play will display up to 4 screenshots displayed on the app page. Make sure that they are optimised for every device, screen size, and that they incorporate your main marketing messages.

Similarly, it is definitely worth investing in a short promo video. Since users are quite lazy about reading the descriptions, this is the best way to showcase what your app does and how it works!

Even though Google is increasingly focusing on engagement metrics to rank apps, traditional metrics such as the star ratings and reviews remain equally important in terms of Google’s algorithm. In order to maximize the positive impact of the reviews and ratings – you should (obviously) strive to increase the number of positive reviews, and limit the number of negative reviews.

For the former, it is recommended to use a push notification strategy, which will encourage users to leave a positive feedback (generally after about 5 uses of the app). The latter, however needs more attention. First and foremost, you should make your app very likeable, easy to use and bug free. Second, you should try to solve your user’s issues as fast as possible via in-app support or emails, so that they are not tempted to leave bad reviews. Last but not least, if all of the above fail, and the unhappy user leaves you a little critique, Google still gives you a chance to respond! Make sure to do that, explain what went wrong, and (hopefully) say that the issue has been fixed.

Additionally, it is very important to get reviews outside of the Google Play Store. Getting your app reviewed at app review websites, while linking the app’s page on specific keywords, can significantly increase your traffic and authority in the store. In turn, this will result in greater visibility and more downloads. To make it easier for you, we have also prepared a comprehensive list of 200+ app review websites.

As you can see, the basic ASO process incorporates 6 crucial steps. Although this may seem relatively easy in theory, in practice, the search algorithm is not fixed, but evolves and changes constantly with time. It is important to always keep an eye on the recent developments and update your app keywords with a stable frequency. Lastly, and most importantly, remember that ASO is a process, and results come with time. Do not expect miracles overnight; however, count on stable and sustainable progress! Don’t hesitate to use an ASO tool like AppTweak to help you audit, monitor and optimize your app’s performance over time.