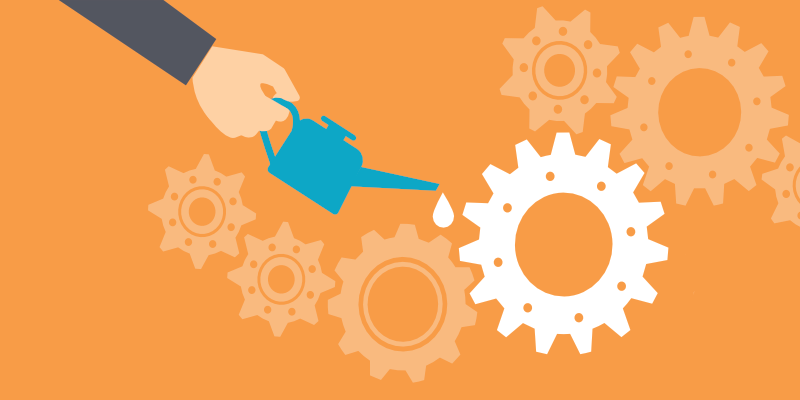 Engaging and retaining users should always be the primary purpose of your design, otherwise, very little value will come from your web app. So today we’re going to be looking at a few ways that you can incentivize the signup process to get that revenue flowing through the door. We’ve put together a couple of examples and tried to find some real-world examples to provide insight into how their signup processes work so that hopefully you can improve your own.

Alright, the first thing we’re going to talk about is investing your users’ time. ‘But don’t mobile users hate waiting?!’ I hear you cry… Well, yes and no. We aren’t talking about loading times or bloated tutorials which, it’s true, is a major turn off. What we’re talking about is having consumers invest time.

You should offer value before signup, not after. If the first thing that a user sees when they open your web app is a signup screen, it’s a major downer! The user will flinch at the idea of having to enter their email, coming up with a new password, trying to remember the password to their email address, getting it wrong the first time, and then having to track down a lousy confirmation email in their spam folder among hundreds of emails about Viagra and God knows what else… I’m getting frustrated just thinking about it.

What you have to do is to massage them gently towards signing up. It’s like sales, where you have to overcome their objections before closing the deal. It’s not a web app, but Reddit is a great example. You don’t have to sign up to use it, but you do have to sign up to comment on or interact with any posts. So every user is already heavily invested and incentivized before they’re asked for their email. This massively helps user retention by, in a way, making signup an afterthought.

Offer benefits to signing up

This is the yin to the yang above. The user has to be given a reason for signing up. There has to be some kind of rationale behind having to give you their email address, and often their personal details. So what are they getting in return? At the same time, like we’ve said, you have to be wary of being too restrictive before you allow users to actually do anything with your web app.

AliExpress is a decent example of how a method of offering just enough can easily suggest itself. You’re free to use their excellent web app for browsing through stock, new arrivals, flash deals and so on… But you can’t buy anything before you sign up- obviously! There’s a perfect rationale behind them asking you to sign up. Think about what you’re offering to users. Is there any way you could rationally divide your site’s functionality in the same way?

On the other side of the equation, there’s a chance that you don’t have the same kind of easily justifiable reasons for asking users to sign up. Say you’ve made a weather app for the local weather around your area. What’s your justification for asking users to sign up? They’re not going to be convinced that they’ll get any benefit from giving you their details. After all, they just want to check to see if it’s raining outside, not to have anything delivered, or to interact with other users. But if you offer them push notifications in the morning to let them know to take an umbrella to work, because it’ll be raining later that day, then that might make them change their mind.

Reduce the steps- if possible

Alright, so your user has hit your landing page. What comes next? Does the user have to navigate their way through a ten-page tutorial just to get to the point where they can sign up? Or do they have to make their way through a labyrinth of menus? Either way, you’re killing conversions with every single step that a user has to take. This can even be applied to the funnel before even gaining access to your mobile app, look at this comparison of steps that are taken to install a mobile app vs a progressive web app. 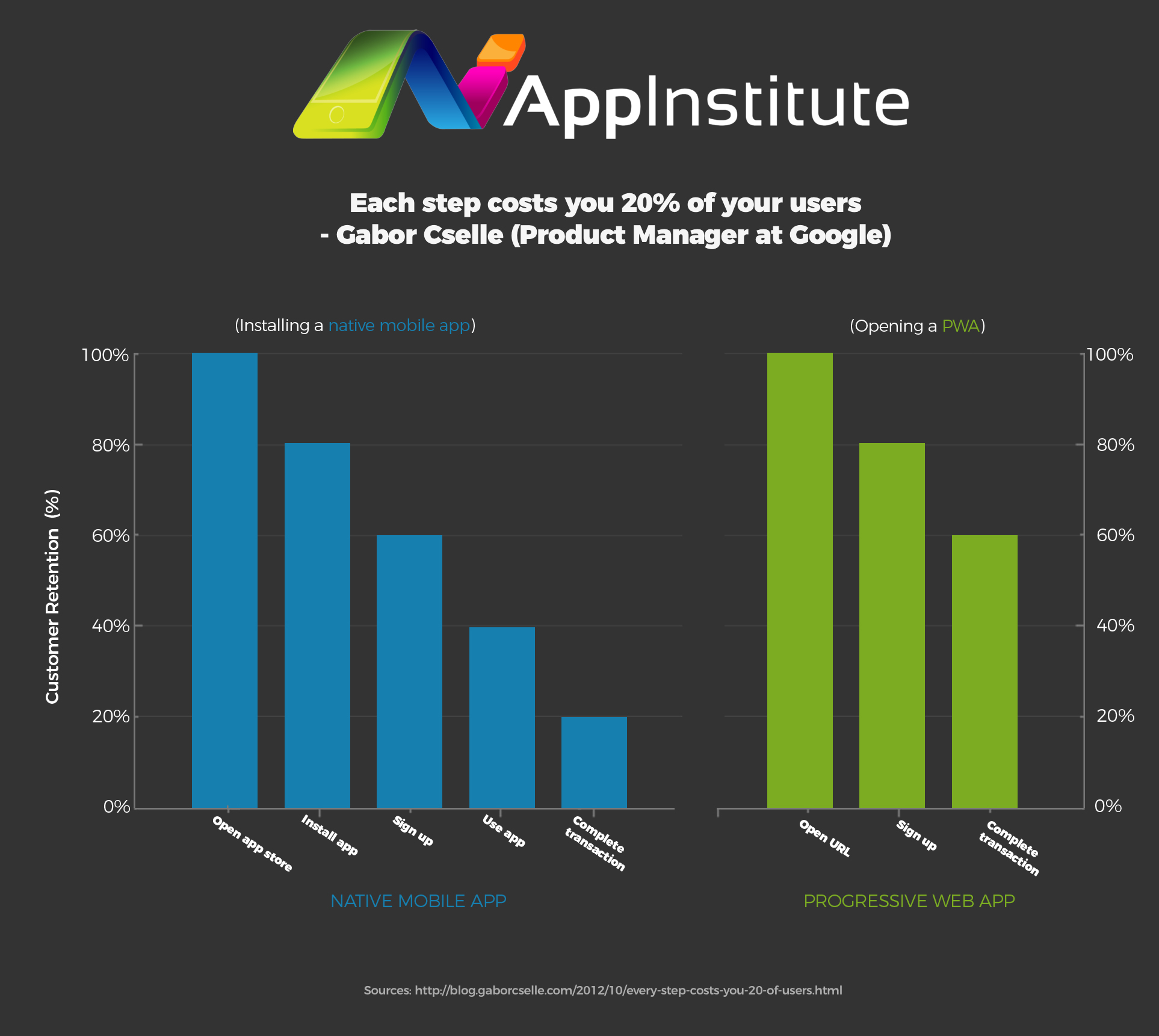 The vast majority of users who encounter your web app are going to be relatively experienced internet users. Ultimately, most people who browse the web from their phone are younger, more impatient and quicker to quit out when you put a dozen pages between them and what your web app actually offers. So when you’re designing the journey from the landing page to your signup form, keep it as short and as sweet as possible. Speaking of which…

Plan the journey and analyze it

Creating a smooth signup process isn’t something you’ll get right the first time. Rome wasn’t built in a day, after all. So after you’ve given it your best shot, don’t just sit back and accept the fact that you’re missing out on a large chunk of conversions you could easily be making. Give yourself some time to take a second look at your user’s journey, and then use analytics to gain a better understanding of what’s going right, and what’s going wrong.

In doing so, you’ll be able to identify any weak points. Maybe your CTA on a particular page isn’t strong enough, or maybe users are leaving forms half filled because they’re just too long. This is the kind of vital information you can easily find through the most basic analytics: number of page views, time spent on page and so on. But this simple information is what you can use to craft an absolutely killer signup process.

So hopefully these few tips have given you a little insight into what it takes to design your own signup journey. Feel free to let us know what you think below- if you can’t comment, why not sign up?