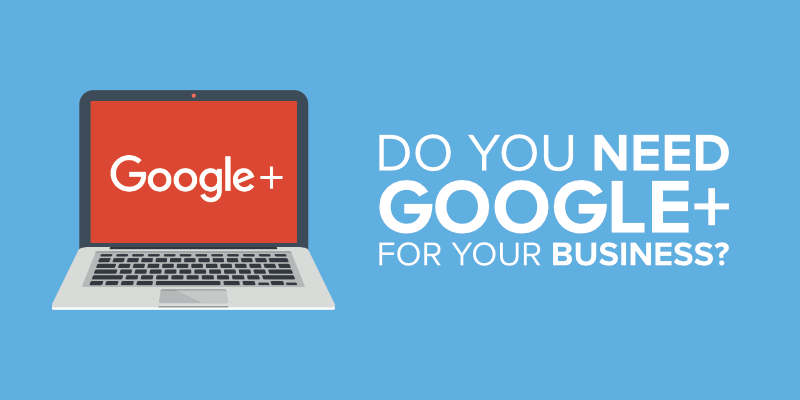 It may be news to some, but Google’s social media service is still alive and kicking. And for those who want more than likes and silly pictures, it can be a valuable business tool. So, what’s to like and do on the social side of Google+.

Many people have a Google+ account. Perhaps as part of their sign up for many of Google’s other services, from Gmail to Google Docs. But few tend to even think about it, yet alone post to G+.

The service was launched in 2011, aiming to compete with Facebook and then Twitter. But, despite strong growth it has always felt like the poor cousin of the Google family with reduced coverage and failure to grab attention out in the wider world.

No celebrity has been heard to say “follow my Google+ account” since about 2012, and while brands and businesses are there in force, their posts seem to be fewer than on other social media. That hasn’t helped Google+’s cause, however as it remains a relatively low profile platform, it can be better for businesses who want a better signal to noise ratio.

The Pluses for Google+

Take a look at Google+ today and search on your market, or some typical business topics and you’ll find plenty of news articles and information. It looks more like a magazine than a social media site, and this can be more useful for any business trying to put across information or build a knowledge-based following rather than slavish brand loyalty.

There are over 115 million users, and most have taken the time to cross post or directly contribute interesting or thoughtful pieces, photo essays and so on. There are also large groups based around categories such as Health & Beauty, Python coders, TED Talks, all the way down to Quantum Computer News and much more.

Among the advantages of Google+ are a strong tie in to local business services. Through the Google mobile app and tight Android integrations, people can easy find and engage with local companies, or find a service they need right there and then. Again, as fewer companies are likely to use Google+, there is greater visibility for events or information you want to get across. You will also find plenty of local groups that you can join and make your business a valuable part of.

Businesses can also create different circles of “friends” to differentiate your varying types of contacts. While that’s more useful for people trying to keep their friends, family and business colleagues apart, businesses can use it to keep clients, prospects and business partners distinct and provide unique content for each circle of business acquaintances.

Finally, you may have heard of Hangouts within Google+. That was a great feature that helped set up instant chats or video calls, but has since been spun out into its own Google feature to compete with Microsoft’s Skype. It is still easily accessible from Google+ and a useful way to use the service as a collaboration tool.

Whatever your business, do not adopt Google+ expecting high growth, stellar engagement and a sudden boost to the bottom line. Instead, look at it as an extension of any other Google products you use from AdSense to Analytics or other business tools.

These all work together to help you see what’s successful and what works for your business. When it comes to Google+ posts, you can see easily how they perform, and by reaching out to the right circles, communities and by posting the right type of content, you can build an engaged audience.

The big question is how long with Google support Google+? Despite the fact the service isn’t listed on the Google Blog product page, there is still the odd update post. So, the answer seems to be: as long as there are users who come to it from the company’s other products.

Google won’t want to upset its still massive user base and certainly won’t want users focusing solely on their existing Facebook or Twitter accounts. So, unlike Apple, it is unlikely to ditch its social media effort, and instead will make it a part of the Google whole.

A Use Case for Google+

All of which means your company might be tempted to give Google+ a try, but what to do? Assuming your business sells services or a product of some kind, then you need to start talking to potential customers. They might be other businesses who are moving to your area, so there are plenty of generalist articles you could write about doing business in your town or county. Recommendations on where to set up, some useful contacts you’ve made, anything that could help a potential customer out.

From those, you can look to link to business events and trade shows that happen in the area, and help promote these events. Find all the people who relate to them and add them to your business circles. Having canvassed the local area, you can look wider at other companies in your area. Do some virtual press-fleshing in Google+ by adding companies, business groups and individuals to your circles.

Finally, start to highlight the day-to-day business you’re involved in with photos, videos, stories of jobs and projects. Build this up (even if much of the content is cross-posted to other social media services) and you will build a profile that marks your business out as involved and engaging however far you wish to be recognised.

So, there are plenty of ways of using Google+ as another part of your social media toolset, or to create something a little different to what you post on Facebook, Twitter, and the photo social sites. Perhaps by letting one person or team manage a Google+ account, they can help build a different type of profile that drives quality engagement. Either way, this is a service that is still useful to businesses and if it is good enough for the likes of Pepsi and IBM, it can benefit yours too.

One thought on “Do You Need Google+ for Your Business?”