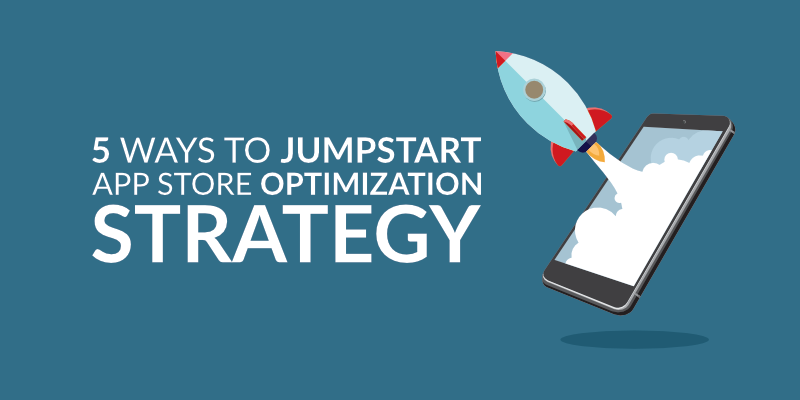 App store optimization (ASO) is the process of improving app visibility in the app stores. An effective ASO strategy helps apps rank higher in app store searches and get more installs. ASO can be tricky. This is especially true when you’re dealing with multiple apps in multiple app stores. But before you implement your ASO strategy or even before you publish your app in the app stores, there are a few things you need to consider.

Here are 5 ways to jumpstart your ASO strategy brought to you by the ASO experts at App Radar.

Make sure your app is unique

What is your app’s mission? What is its purpose? There are millions of apps available out there. To make yours stand out from the crowd, you have to know what makes your app unique. Your app has to have a unique selling point. Pinpointing exactly how your app benefits its users is one way to communicate it. Another way is to list out all the features and functions that are exclusive to your app.

Take dating apps for example. There’s more than enough dating apps to choose from. Tinder and Bumble are two of the most popular. They’re competitors, but they’re both successful. How?

It’s because they each offer a slightly different angle to online dating.

Tinder introduced the easy way of dating. It shows you profiles of people who are nearby. Then you swipe right for interested and left for not. Tinder is quick and easy.

Bumble began with a mission to empower women in the online dating world. Like Tinder, you swipe right and left. But unlike Tinder, only women can start conversations and matches expire within 24 hours. 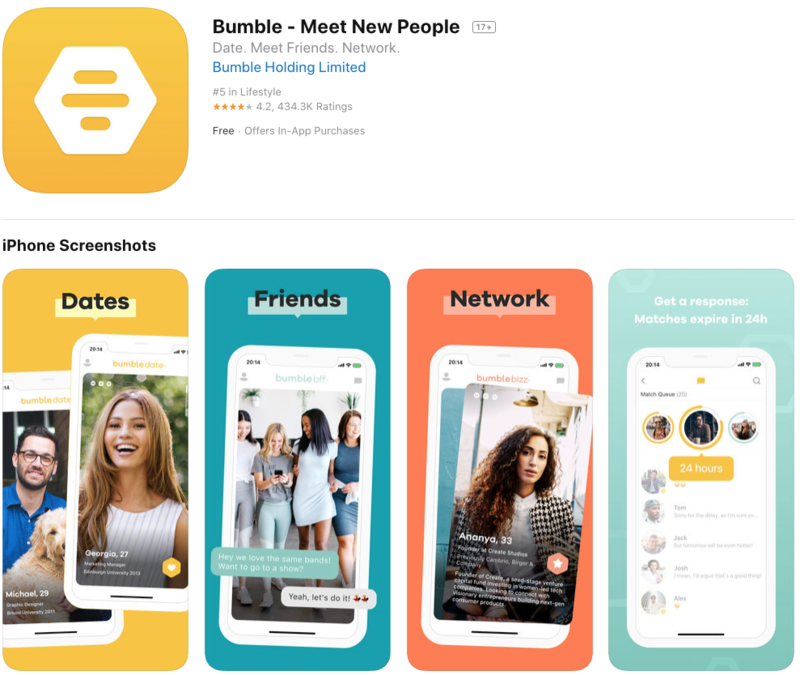 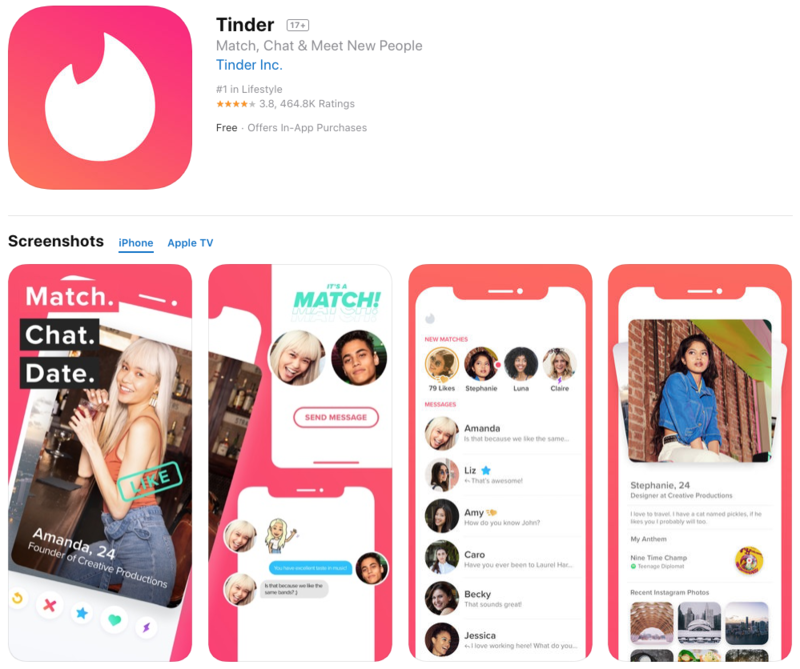 Tinder and Bumble are both dating apps. However, they have different purposes and different features, making them appealing to different audiences. They each have that much needed unique selling point.

App development and marketing always involves research. Without research, you are going in blind. You’ll have no clue what people want, who you are competing with, and how people are going to find you.

Market research informs you about market demands, market size, and market competition. What do potential users want? What kind of apps do people need right now? How many people would be interested in an app like yours? Who are the other app businesses in this niche? Market research tells you if your app is relevant for your target market at this particular time. It tells you if there’s room to grow in your target market. Growing in a market that is too small or has too many competitors is going to be more challenging than in a larger market with fewer competitors. This research can be done with various methods. You can use interviews, distribute surveys and analyze market reports to figure out if your target market is a viable one.

You’re going to have competitors. With millions of apps floating around, you have to know who you’re up against. Find your competitors and see who their users are. You should also look at how your competitors are operating. This includes app purpose, app functions, app design, app marketing campaign and much more. Examining competitors gives you a good idea of the current market status, upcoming trends and market opportunities. If you happen to find a niche where there are no competitors, don’t jump for joy too fast. This might also mean that there’s no market for this kind of app. No one wants or needs an app in this niche. Dig further to see whether there is a real void in this market or just a lack of demand. You can also use competitors to determine keywords for your app. That brings me to my next point. 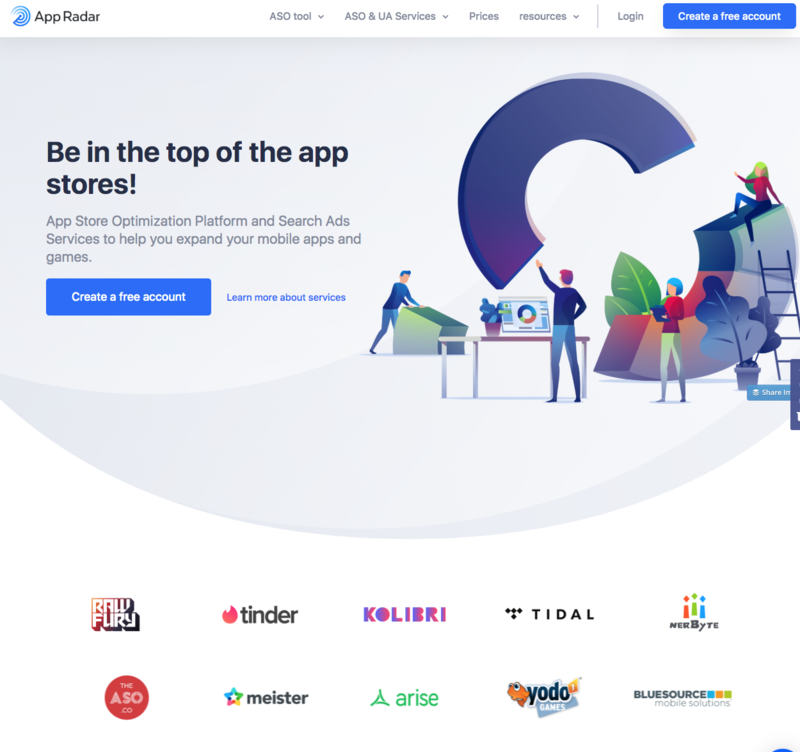 Keywords are key in getting people to find your app. They are a major asset in ASO. Make sure that you’re doing keyword research for your app before you start optimizing. The best keywords are not the ones you would use but the ones users would use to search for your app. You need to think about what people are searching for and how they are searching for it. This includes how people would phrase search terms for both search engines and app stores. Knowing which keywords are the best fit for your app will make your ASO strategy a lot easier in the long run.

Find the right audience for your app

User personas are commonly used by designers and developers to humanize and to keep their target audience in mind. A user persona is a profile that fits into your target audience. To create a persona, include a photo and then list out age, gender, location, language, occupation, education level, marital status, familial status, interests, behavior and any other characteristics that are relevant to your apps’ niche. Don’t forget about devices.

Apps that don’t work die, so make sure yours works

People don’t like apps that don’t work. Period. A pretty design won’t save you here.

Consider the social media app that went viral and shortly after blew up in large flames, Vero. Vero rose to app store fame in February 2018. Everyone, so willing to leave Facebook and Instagram, quickly jumped on the Vero bandwagon. Soon after, that bandwagon caught fire. Aside from the many privacy concerns raised, people were also frustrated by the fact that the social media app simply did not work. There were many problems. People couldn’t sign up, log in or post. Vero experienced app death as fast as it experienced app virality. All due to the fact that it simply did not work. 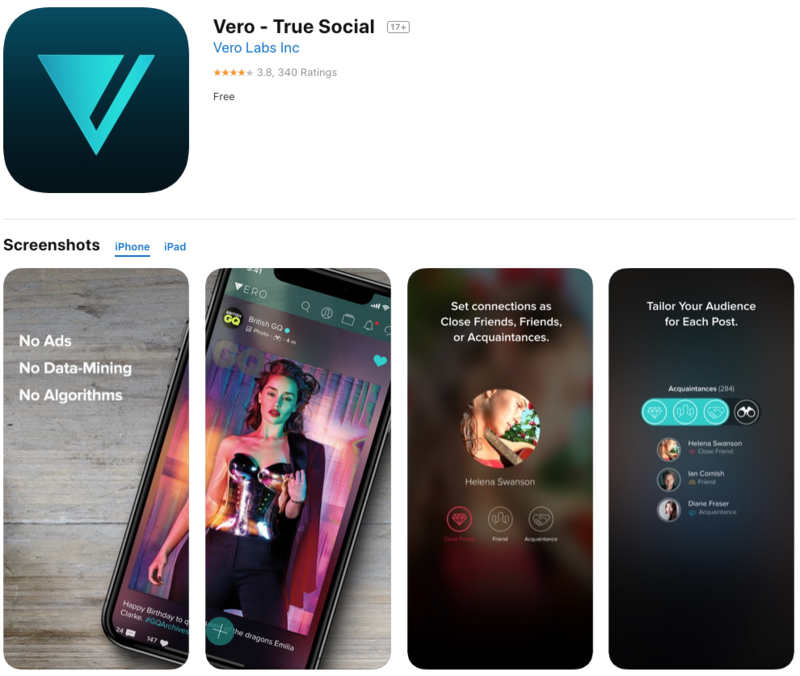 People end up uninstalling apps that crash often, are slow or don’t work as advertised. App stores don’t like apps that people don’t like. App store search algorithm rank apps that have bad reviews and a lot of uninstalls lower. If you don’t want your app to be pushed down into the abyss of search results then ensure that your app is working properly. Developers are constantly debugging but it doesn’t hurt to put an extra emphasis on this.

Releasing updates that fix bugs are favorable for your ASO strategy. Your users will be thankful that a problem has been fixed and updates let the app stores know that you’re working to improve your app.

Perform tests on all parts of your app, including design

Research is theoretical, testing is practical. Testing your app with people in your target audience solidifies the conclusions you’ve made from the research you’ve done. Testing can be done on all parts of your app. You should test your app icon, app name, app screenshots, app features, and in-app wording.

If your app is already published on the app stores than A/B testing is the way to go. Take app icons for example. In A/B testing 2 or more variations of your app’s icon are shown at random to a set of users. Then you can see which variation is more favorable to users, which app icon prompted more clicks. A/B testing can be done with an app name, app description, and app screenshots. The variations include color, font, graphics, wording and more. 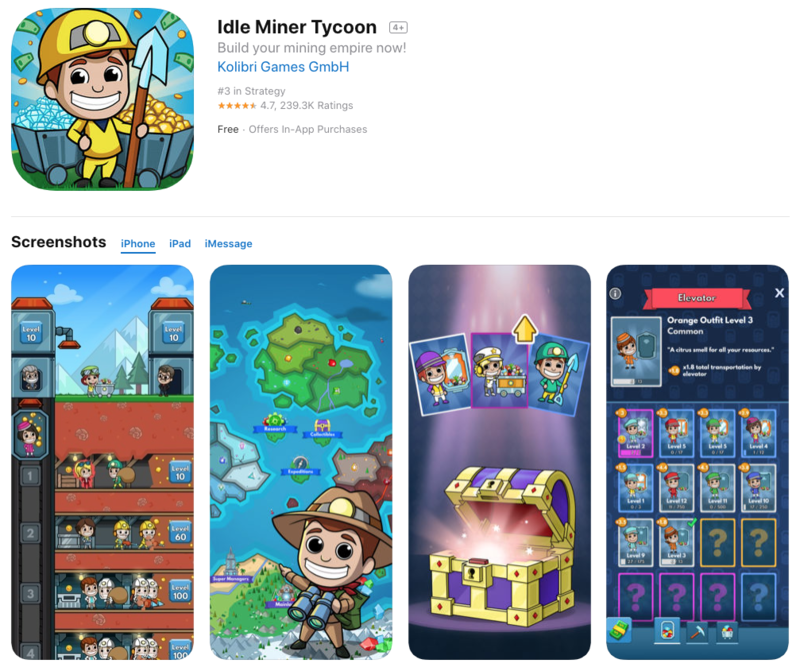 If you haven’t published your app yet, then organize some user testing sessions and focus groups. User testing comes in all shapes and forms. In-person app walkthroughs and simple surveys are just some of the user testing methods. To get relevant results, always perform your tests with people who fit into your target audience. Testing someone who wouldn’t even be interested in your app in the first place defeats the purpose of the test. In addition, you’ll need to put in some control groups. Without control groups, your results are at risk of bias and inaccuracy. Focus groups are beneficial for sparking new ideas and spotting things that your app development team might have overlooked. Also, a focus group gives you the chance to receive immediate feedback on your app, which is extremely useful when you’re involved in quick development.

There are a ton of aspects that affect ASO. Jumping right into ASO without prior preparation is dangerous to your app’s long term success. Going through these 5 steps will help you start off your ASO strategy in the right direction. Get all these things done and you won’t waste time optimizing your app for the wrong factors.

Be confident of your app’s unique selling point. Do your research. Know who your competitors are and know who your potential users are. Identify target keywords that match your app’s niche and purpose. Define your target audience and keep it in mind throughout the development, design and marketing process. Debug, debug and debug. Find and fix the problems in your app to keep both your users and the app stores in your favor. Lastly, don’t forget to test whether all your research has led you to the right conclusions. A design that you and your team like might not be received the same by your target audience. So test it out. You’re better off safe than sorry.

Need more help with App Store Optimization (ASO)? Check out App Radar’s ASO Academy. They go step by step through all the ASO foundations and will be releasing more in-depth ASO guides soon!

Genie is a Los Angeles native who has a passion for brand building and social media marketing. Within recent years, she has dived especially deep into the influencer marketing realm, running international campaigns and connecting with personalities from various niches. When she’s not executing marketing campaigns and creating digital content at App Radar, she’s traveling the world.