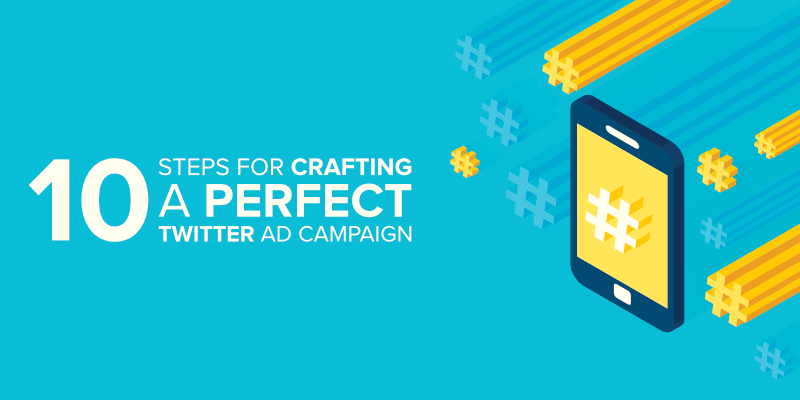 With 330m active users and more than 500m Tweets sent every day, Twitter can be a great asset to any small business looking to get their message out there.
The question is, how can you stand out in such a crowded marketplace? How can you avoid wasting precious time and money on advertising that might get lost in the ether?

Well, while there are no guarantees in life, this simple ‘how to’ guide to Twitter ad campaigns will at least ensure you do all in your power to make sure your efforts have a fighting chance. The key is finding your target market and then getting your campaign in front of their eyes. Why? Because Twitter is brand-friendly and one-third of Twitter users (do the maths) have actually discovered a small business (SMB) through Twitter – and better still, whopping 94% claim they intend to purchase from said SMBs. Not bad, eh?

The majority of social media managers believe Twitter is the most important platform they use in terms of return on investment – two-thirds of them, in fact. The key is getting your campaign right on the money – do that, and you will reap the benefits, but before we begin, it’s important to understand the Twitter terminology – learn the lingo, so to speak, so here’s a quick guide to put you in the picture…

An everyday Tweet that you pay for and appears to those who are not currently following you. These can be retweeted, favourited, liked or whatever and the idea is that it gets the content you’ve produced out to a wider audience. The key is, your content should already have performed well and got good engagement from your followers and on your other social media channels. Don’t flog a dead horse, so to speak – if it’s good, extend your reach. If there has been little or no reaction from the people who already are on board, save your money. The advantage of a Promoted Tweet is its visibility – it will appear at the top of search results, on the app and in the timelines of your targeted users.

This promotes your account rather than individual Tweets and more than 80% of surveyed Twitter users claim they discover SMBs via this method. They appear in your target audience’s timeline as well as the all-important ‘who to follow’ suggestion column and in search results.

Any Twitter user will tell you one of the first columns they glance at is the ‘Trending’ list – things that people are talking about at that point in time. It could be a news story, TV show, celebrity moment, sporting event or suchlike and appears on the left of the Twitter homepage of every user as well as on the ‘Discover’ tab and the app. Now, how about getting your promoted Tweet on such a list? When users click on your Promoted Trend, they will discover a list of search results on your topic with your Promoted Tweet at the top of the pile. If they start to discuss your chosen hashtag with others, your campaign will receive organic exposure – self-generating marketing via users and who knows? Maybe even get your SMB trending to some extent. 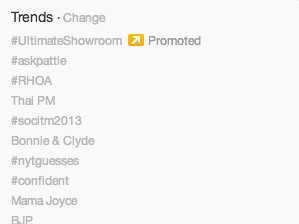 You get what you pay for, so expect the results to reflect your level of investment and each campaign will incur different costs. If you are splashing out, you’ll want to use every avenue available, but if you’re after steady, organic growth, it will cost less but perhaps take longer to achieve your goal. There are no hard and fast rules and much will depend on the level of engagement you create.

This is creating conversations about your brand and you’ll only cough up for the initial engagement with each user – and you only pay for what your Promoted Tweet delivers, so if nobody reacts, you won’t incur additional costs and you also don’t have to pay for engagement with those who respond to your Tweet organically.

To raise awareness for your brand, you can promote your message to a bigger audience and you’ll pay per thousand. What you’ll get in return are promoted tweets to a wider circle – a bit like casting a bigger fishing net at sea – you’ll pay for any impressions on your Twitter ad over engagement in this instance, so it goes without saying you need your Tweet to be shareable, retweetable and engaging – otherwise, it’s a waste of resources.

This campaign promotes your account and you pay for each follower gained – everything else (engagement and impressions) don’t cost a bean.

In a world where video is king, this can be particularly effective (and used across all your social media channels so only one initial production cost). Your video campaign will be aimed at a targeted audience and once your video receives positive interaction, you pay. Video works on so many levels that if you can get well-produced, engaging video content as part of your campaign, do so.

These are very much doing campaigns aimed at people you believe will visit your website and take the appropriate action connected with your business. Click and Conversion targets your core market – those most likely to react given past interactions/activity – and also drives traffic to your website. You’ll pay for each click through and your Tweets will also carry a preview pane of your website via a Website Card. A useful method to track conversions, too.

App installs will promote your Tweets to those looking to download your app, or re-engage those who already did but haven’t been active for a period of time. Pay for either app installs or those who open the app – or both – depending on your budget and targets. Like the Click and Conversion campaign, this allows a preview pane and your app rating and the functionality of a direct link/download to your app.

Those are the basics, now here are 10 easy steps to follow…