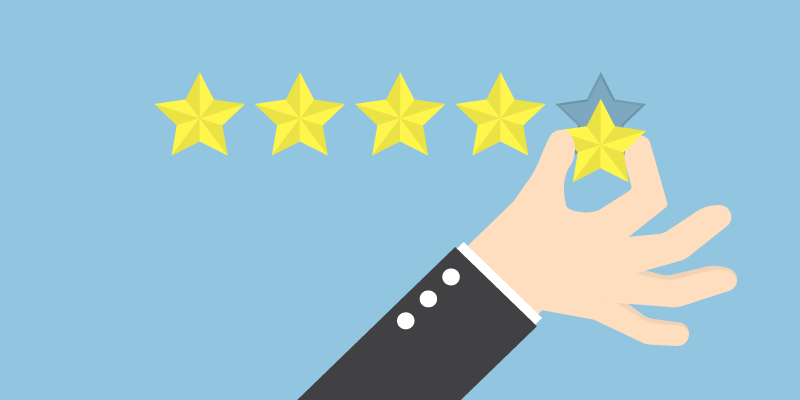 There’s a very good reason for wanting to get users to review your mobile app, and it has nothing to do with vanity. User reviews – whether it is of a product, service, company or restaurant – act as form of social proof, and we see ourselves and others being influenced by this daily. And we aren’t only interested in reviews of high-end products. Visit Amazon and you will find as many reviews for a $3 pet bowl as you will for a $2,000 pool and spa heater.

The principle of social proof applies to mobile apps too. A recent survey found that users were eight times more likely to download a highly rated app of an unknown brand than a poorly rated app of a known brand. And more than 70% of users will read at least one review before downloading an app. So if you’re struggling to get your customers to download your app, getting a handful of user reviews could change that.

Another reason for encouraging users to review your app is that they can help improve your app’s ranking. When last did you see a poorly rated app in the top results when searching for an app? Of course, a small business with a small app audience will never attract the same volume of reviews as Facebook, etc. But any increase in ratings and reviews can lead to a small increase in the number of downloads. Let’s now look at a few ways you can go about encouraging your app users to review your app.

Good, great, the best. It’s all subjective, but the first step to having someone rate your app as good or great is building one that doesn’t suck. Great apps don’t need to be life-changing. They don’t even need to come with a host of bells and whistles. They do, however, need to be functional, and make something easier to do. 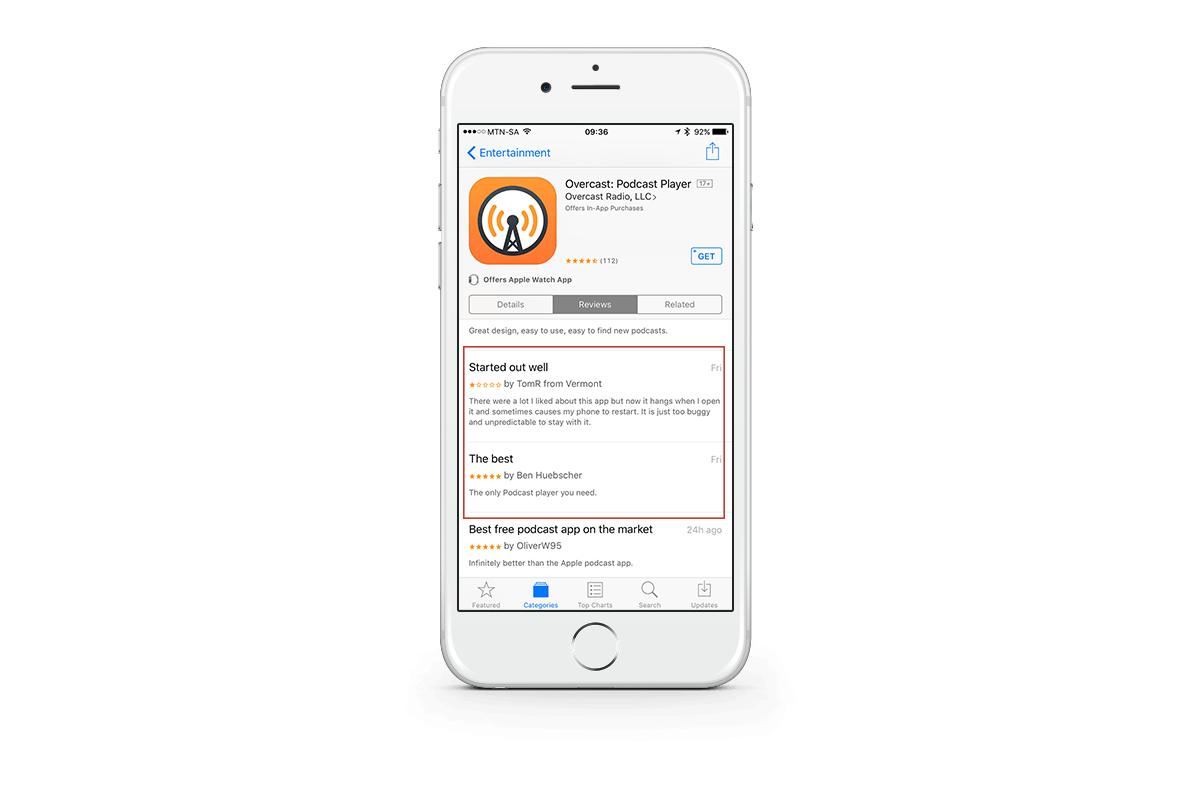 An unhappy fact is that most users won’t review and rate your app. The ones most likely to actually rate your app are those who love it, and those who hate it. Avoid upsetting your users by ensuring your app doesn’t crash, doesn’t have a terrible layout, and maybe – just maybe – includes a feature only accessible through the app. This could be anything from the ability to book a table (or service), digitisation of your loyalty program, or even special offers exclusive to app users.

And don’t torture yourself by trying to release an app with all your planned features already included. If any features you want included are difficult to put in place right now, or just not working the way it should, leave it for a future update. It is better to release a fully functional app with limited features, than one with lots of features, but the functionality is terrible.

Begging for a review is annoying. Especially if it interrupts what the user was doing. If you’re determined to implement a pop-up review request, do the following: 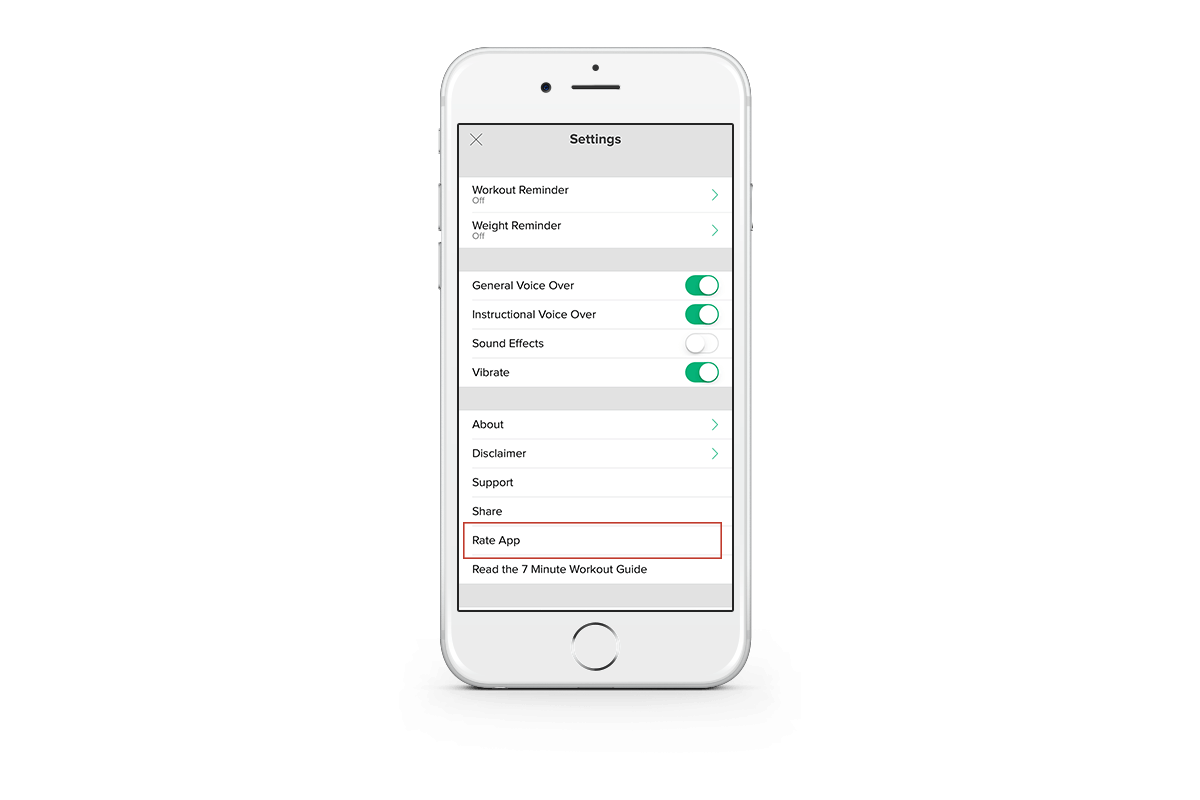 A far better approach is to integrate your request for a rating and review into your app, and your app’s description in the app store. Do this by simply adding a new item to your app’s menu, asking for users to “Rate our app”. This should link directly to the relevant app store’s rating page, making it easy for users to rate you. This method is completely unobtrusive, but still visible. And the decision to rate is left entirely up to the user. 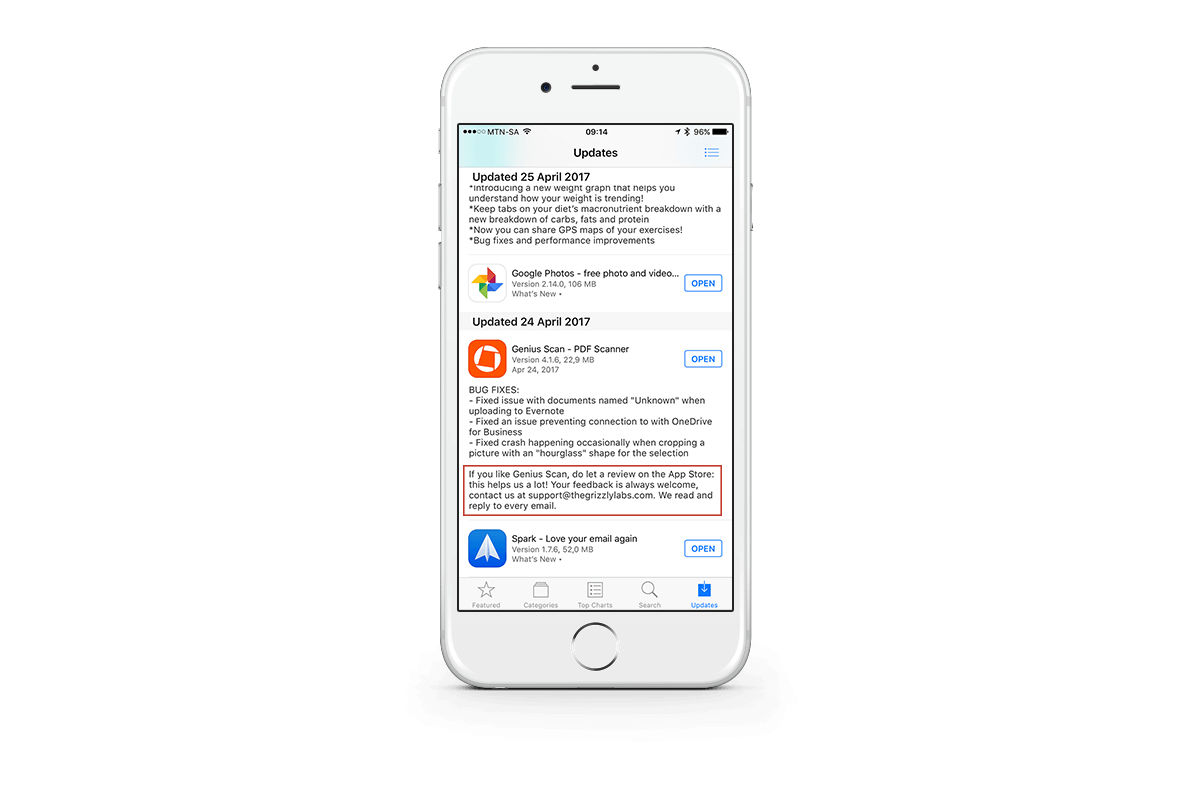 At the same time you can also include a similar request in your app’s description on the app store. At the end of your regular app description, include a sentence “If you enjoy our app, please take a moment to rate it”, followed by the URL to the ratings page for your app.

Alternatively, if you are able to send push notifications to segmented users, try sending a rating request (with link) to anyone who has used your app X number of times in the last month. This approach is not without risks, so don’t repeat it unless it results in an increase in positive reviews of your app.

Users are also more inclined to leave reviews when there is evidence that someone is paying attention to feedback. If you have published your app using your own developer account then you should get into the habit of responding to some reviews. And this is highly recommended for negative reviews or reviews that include requests for features. Responding to reviews is not possible if you used a third-party developer and the app was published using their developer account. However, you can still show that you read reviews of your app by referencing them in your app updates, especially when an update includes a new feature that was frequently requested. 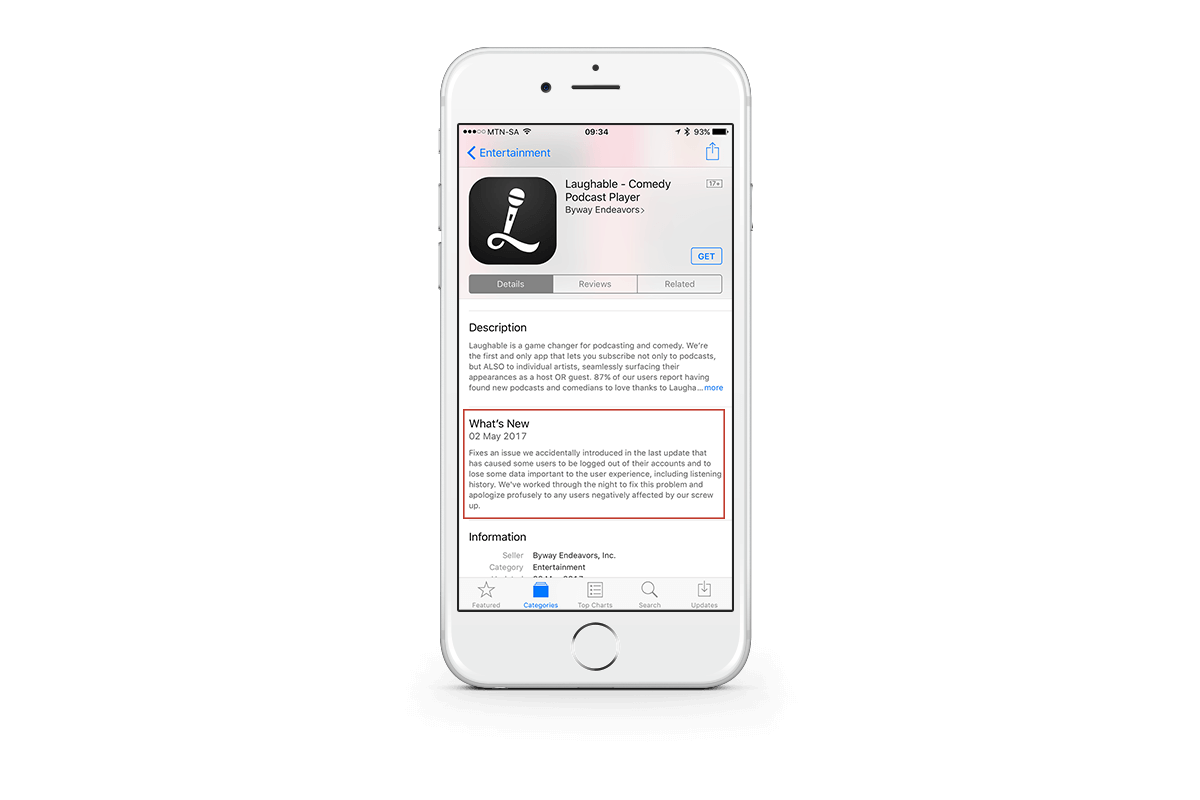 And just as you should include a “Rate our app” request in your app’s menu, you could include a feedback link that either links to an email form, or better yet, an online survey about your app.

There are shortcuts to getting ratings and reviews, including buying reviews and offering incentives to users in exchange for a review. But aside from being a dishonest approach to boosting your app’s performance, they are also prohibited by both Apple and Google. It might work, but when you’re caught you’ll find your app banned, and your developer account closed.

So while getting users to rate and review your app is no easy task, you should stick to following legitimate approaches. And regular, incremental updates to the app itself. Ratings are important, but they should not detract you from improving the app.